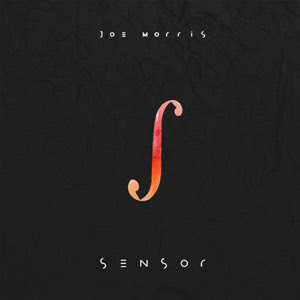 Joe Morris has musicianship to spare. A guitarist on the frontiers of the new jazz, he is also an accomplished contrabassist. So accomplished in fact that he recently did an album of unaccompanied solo improvisations, Sensor (No Business NCLP 27). It's a vinyl LP (a trend I do not find unwelcome incidentally), so the playing time comes in around 35 minutes, and that feels just right.

I do not intend it as a slight when I say that Mr. Morris is probably the best acoustic bassist in the history of improvised music among those who take up the bass as a second instrument. These sorts of comparisons are not terribly illuminating but it gives you some idea what I think of his playing.

To tackle an unaccompanied solo bass album is nervy I suppose, but Joe comes through with a performance that is not only not uninteresting, it is technically proficient and dynamic.

Joe starts off the album with his bass sounding like a Burundian trough zither--earthy, accentuated, punctuated in a freely soulful way. He goes on to bow and pizz his way through extended, long-lengthed line construction in the Joe Morris manner. As with his guitar work, he is never at a loss when constructing a smoothly executed, harmonically extended chromatic phrase.

This is improvised bass music of depth. It is not meant to be a tour de force of pyrotechnical prowess because that's not what Joe is about. Matter-of-factly direct. Avant. This is my music, he seems to be saying. This is what I do.

If you want to hear a player who has forged his playing style out of the force of his musical will, Joe Morris is your man. And Sensor is your album. It's a most pleasant surprise for those like myself that didn't quite expect it. And it will appeal to those who revel in the sonority of the contrabass in a free mode.
Posted by Grego Applegate Edwards at 3:55 AM