Esben and the Witch: "Violet Cries," Indie Rock from Brighton 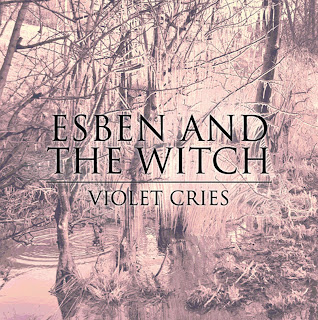 Anyway their 2011 album Violet Cries (Matador) has a sound that does not put them in pop territory. Instead they dwell in a zone that allows ambitious sonar explorations of their physical and internal worlds.

They do not entirely fit in with some prepackaged notion as to where a band of this sort is supposed to fit in. To listen to Violet Cries is to listen to something on its own terms. There are large electronic caverns to dwell in, walls of sound that sometimes rapidly vanish like a mirage, to be replaced by another sound universe. The electronic, echo-laden ambiance and contrasting unfolding blocks of guitar-bass-synth-drums make for interesting listening. The vocals may take some getting used to.

They are doing something stylistically advanced. What that "is" is, is not your standard fare. (Hmm...three "is"'s in a row?) For this reason I would heartily recommend it for those looking for something that is not something else!
Posted by Grego Applegate Edwards at 4:32 AM