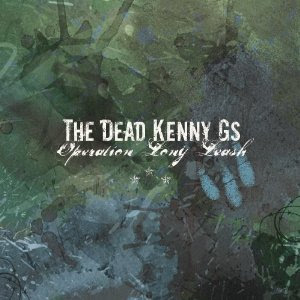 When some things combine with other things, and you start to realize that those combined things have a certain solidity, a certain distinctiveness, a thing-ness beyond the things, then you have a new thing.

Students of the music who trace a lineage from Zappa and Beefheart, Hendrix at his most advanced, electric Miles, Mwandishi, Soft Machine, King Crimson/Fripp & Eno, the Lounge Lizards, Zorn and Lucas, through to the very moment we live in, may come to realize that categories like fusion or jazz-rock don't really have much meaning for such a line of musical development. Why? Because these artist did/do not simply combine A with B, "jazz" as it was thought of at some point in time with "rock" at that point in time. Or blues or whatever else. That was because in the act of musical emergence for all these artists there was no simple combinatory ethos. Yeah, sure, you can point out elements that have been integrated into the musical whole, but, in every case, the whole was/is something rather wholly other.

Now that is some pretty heavy company to follow, but I'd like to suggest that the Dead Kenny G's in their own way are artists formed out of whole cloth like those aforementioned other heavy cats. At least on their new album Operation Long Leash (Royal Potato Family). I wouldn't want to suggest that this band has attained the stature of those cats, at least not yet, but the Dead Kenny G's do something quite a bit more than combine a couple of things. They have attained a certain identity beyond genre conflation.

Who are they? Saxophonist Skerik, bassist Brad Houser and drummer/percussionist/vibraphonist Mike Dillon. They work hard at a kind of ensemble madness where, yes, there is a punk element, an in-your-face go-to-hell quality. But it's much more complicated than that. There's a bit of improvising and Skerik in particular has a certain way. But it's not about improvisation so much as ensemble-compositional sequencing. And that's where they stand out.

They get a sound. They aren't afraid to try things. Those things pretty much work. It's all very interesting, sometimes very electric and also very acoustic (it's a touch on the "hard" side either way) but not at all predictable. It's something to check out, without a doubt. File it under "?". That is, after you've listened and dug it a bunch of times. Recommended!
Posted by Grego Applegate Edwards at 5:43 AM