Dom Minasi Crafts an Absorbing Solo Guitar Set on "Looking Out, Looking In" 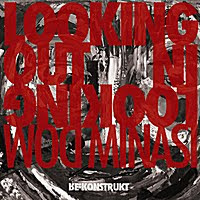 Dom Minasi has set out on his own path for many years as a guitarist who creates his own pedigree. In his own way he has reinvented the jazz guitar tradition. His playing can draw on that tradition or jump forward into the outer zones of freely conceived improvisation.

For his first unaccompanied solo guitar recording, Looking Out, Looking In (Re:konstruKt, no catalog #), he addresses directly both aspects of his playing. He in effect appears before us in a "pure" state, without song forms, rhythm accompaniment, or any other distractions. It's a record of a number of days spent in the studio, each day taking on one tonal, traditionally formed improvisation and a contrasting one that bounces off into the nether reaches of his outside style. In this way, as he explains in the notes that accompany the recording, he avoids repetition and potential boredom, which can be the case with an all-unaccompanied disk.

So we have Dom Minasi, his guitar, his amp set up with a reverb-drenched sound, and that is all. To succeed the inventive juices which he possesses in abundance would need to flow, copiously.

So I put my download-only CD-R on the machine the first time not long ago and was pleased at what I heard. The sound-oriented textural outness balances and is balanced by his tonal excursions. One style situates the other so that you get a feeling of release from constraints of genre, in favor of the unlimited potential music Dom has at his personal creative disposal. You get glimpses of his early chordal-noted rootedness in Johnny Smith and Wes Montgomery (without anything but hints at those origins) and you get the launched orbital space music, both equally a part of who Dom is as a guitar master.

It is music you can return to and grow into, to get to recognize the various musical structures he invents on the spot. It is a solo guitar album not quite like any other, because it shows you just how much Dom Minasi is totally his own person on the instrument.

Guitarists will listen with acute interest I suspect; non-guitarists will let themselves be enveloped in the pointed beauty and characteristic sound universes he makes for our delight and contemplation.

The recorded sound is quite decent. No attempt is made to disguise the occasional split-second hums, pops and buzzes coming from the string-pickup-amp feed one hears now and then as Dom takes his hands from the strings. This is how one sounds and this is what one hears. It is not a major distraction.

This is not music of a lightweight quality. It is a one-hour portrait of a guitar master as he existed in space and time on those several days in the studio. It is more a series of brilliant spontaneous sketches than it is a finished painting, Zen-like brushstrokes in sound to be savored, not an elaborately reworked painting with varnish, frame, spotlight and museum guard. It's improvisation after all. Improvisation of brilliance.

You can get a download copy at CD Baby and I suspect other download outlets as well. You should. Very much recommended.
Posted by Grego Applegate Edwards at 5:00 AM