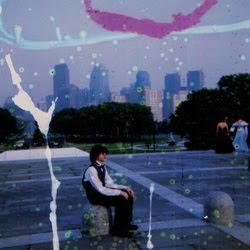 Sometimes bands lose sight of part of what makes rock work. Now there’s more than one way to skin a drum, but repetition has been an important aspect of the music since its evolvement out of blues and jump in the ‘50s. Kurt Vile (not to be confused with German composer Kurt Weil, obviously), picks interesting musical hooks and then hits on them with a burning presence, varies them, and adds a nicely raw vocal style. Now if you think all of that is easy, listen to much of the music made in the name of rock for the past 20 years. Many artists either avoid grooving repetition or just don’t have the knack to get the right ones and hit on them with style. Subsequently the music doesn’t always rock out the way it could.

Vile’s latest, Childish Prodigy (Matador) rocks out. Listen to “Freak Train” and you’ll find yourself sinking into the groove. It’s hip and it’s hypnotic. Compared to some music, it may be simple, elemental, but that’s deceptive. This is rock that has the kind of smoldering energy of classic urban blues. And the music has contrast. A song may center around an acoustic guitar figure for Mr. Vile, or there may be a bigger wall of tone and a more electric ambiance. And the vocals are just snotty and impolite enough to speak truth.

Kurt Vile has the kind of regenerative balls that rebirths the alt scene, or whatever term one might want to use. Categories are just convenient pigeonholes, shorthand ciphers to indicate what to expect. Expect solid, heartfelt rocking on Childish Prodigy. Kurt goes back to elemental roots to recharge the music. Listen and you’ll understand that we're not talking about something simple or limited. Approach his music on its own terms and you’ll see that everything lays out just right. He has it.
Posted by Grego Applegate Edwards at 7:15 AM