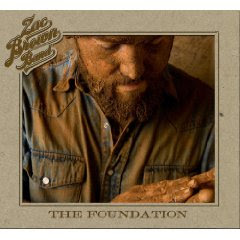 This is a time of year when denial is not exactly the norm. Think of the Ghost of Christmas Present in Dickens. Whatever vices one has are probably being indulged. A few weeks from now it will be just the opposite, and that’s when fitness centers and diet people make their money. In fact they have already started, from what commercials I saw on TV Friday night. Fear of the economy makes businesses start their harangue ever earlier, until we will be buying our Christmas stuff in July, autumn cloths in April, our coffins at birth and such...

Funny but the first week after the New Year used to be the number one time for direct mail advertising deliveries. (Maybe it still is, even if there's less volume.) People feel sorry for themselves and disappointed with their holiday gifts, so the reasoning goes, and want something for their own gratification. Combine that with the New Year’s resolutions of denial and you have a hodgepodge of conflicting emotions. But of course nowadays vices are uncool, déclassé, and with the economy on the fritz, some people may be getting even less material and emotional satisfaction from their holiday goody fests. That this is not really supposed to be the spirit of the season is a truism. A truism that nevertheless bears repeating. One would hope that the joy of giving would be an even higher priority when things are tough. It’s a nice idea anyway. I do believe it myself, though I don't see much of it around me. And still, denial and disappointment may creep into people’s consciousnesses shortly, my own included. After the new year some of us will feel inadequate and need to get more stuff to feel better, if we can afford it. We are human, and most of us can't live up to the demands of the season, that we become perfect people for a few weeks. Perfectly happy, perfectly generous. Perfect. With perfect lives. Those that are perfect, I am happy for you. The rest of us bumble through.

Anyway into this world wanders today’s CD The Foundation (Home Grown) by the Zac Brown Band, a country-rock outfit where the songs talk about beer, blue jeans, mom, chicken fried steak, with the nation’s military making such “freedoms” possible. A band like this needs a hit single above all, and "Chicken Fried" seems the logical item. Who knows, it may already be one. In my Yankee household no one ever heard of chicken fried steak, let alone ate it. That came later for me. The beer, mom, the blue jeans and the military-industrial complex that allowed for it all we knew directly and intensely, though we may not have understood how it all worked together. But I guess my lifestyle does not have alot to do with the lyrics on this disk, so I cannot tell you if they will strike a nerve with enough people to make a hit. My concern is with guitars right now, and today’s band relates to that (duh).

Zac Brown plays a mean acoustic and same with the electric. He is a Chet Atkins for today, though the vocals and the songs themselves are more central to the general presentation. Now this is very good music. Anyone who prefers their Country shaded by some Rock sensibilities will probably like it. And there is some hell raising guitar going on here.
Posted by Grego Applegate Edwards at 8:15 AM