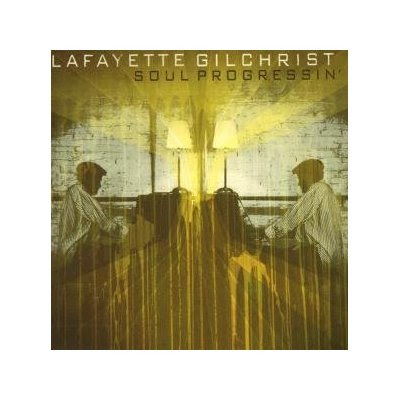 Lafayette who? Lafayette Gilchrist. He’s a pianist-bandleader-writer-arranger out of Baltimore. His fourth album Soul Progressin’ (Hyena) cooks up jazz-funk with a magic charm laid on it. It has a roots funkiness with a very quirky and cool approach to avoiding the usual funk-drek ho-hum sort of thing. He writes long sprawling lines for the horns, reminiscent slightly of George Russell’s later work, and those horn cats play with a real spirit not born out of session work or other must-be-polite situations. They play with a raunchy liveliness that has that acid tinge of the Art Ensemble of Chicago in their classic serious-making-fun sorts of moments. Gilchrist plays an interesting piano too.

The eight-piece band has obviously worked to get these results, an out-of-the-ordinary group dynamic. It is one of those records that you might at first pass off as a commercial foray if you don’t listen to it with some attention. It may be welcomed by plenty of people, but it won’t be because Lafayette is trying the slip one by them on the way to the bank. This is music from his inner sanctum of sounds, Lafayette’s soul. No kidding it’s good.
Posted by Grego Applegate Edwards at 7:00 AM