Mariusz Duda and "Lunatic Soul": Almost Goth, But No Goblins 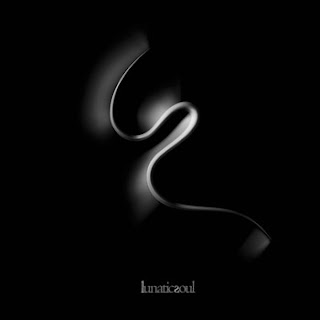 In the contemporary world of neo-progressive or post-progressive rock there is a fertile inventiveness that may be under the radar for much of the mass audience, but bears scrutiny for those whose main concern is worthy music. Take today’s review CD, Lunatic Soul (KScope), a project from lead singer Mariusz Duda, the creative force behind the group Riverside.

It’s telling that all guitars are acoustic, and yet there is an electricity in the power of the group sound. All ten tracks have a haunted, haunting quality and a mood that has a touch of goth in its darkness without resorting to facile hobgoblin imagery. Each cut is its own musical world, and like Porcupine Tree or Pineapple Thief, there are those horizontal planes of sound prosody that envelop and engage the listener. There is musical substance to all this. It has ravishing passages that lack the lightweight quality of something like your typical new age music. It’s what new age would be if new age had any lasting value. New age always has been a kind of bastard child of the progressive scene and also of ECM-style jazz. And perhaps it is all-but-dead in any way that matters.

If so it is because there are new groups of artists such as Duda who have a clear vision of how to create moody sound sculptures devoid of claptrap and contrivance. The best qualities of classic period Moody Blues productions had a certain empty-longing-for-the-something-missing in the everyday life of the time, and the best of this post-progressive sort of music does all that but more subtly, with a better feel for the long form.

In our increasingly private lives filled with solitary TV watching, internet surfing, and ipod enclosures in personal cocoons of sound, we are like the Victorians--with the gulf between public and private ever widening--except there is perhaps an increasing emptiness, and nothing to hide worthy of mention, a generic privacy of exposure. While community dissipates and degenerates, we wait for the inevitable in solitude--death, or foreclosure or just further coffin-like isolation. Now that is not especially cheery, but these post-progressive folks seem to capture the Zeitgeist we all experience in some form today with something akin to true art. Generations in the future may look to music like this as clues to what we were like, what the 21st and 22nd century felt like to live in. Maybe.

Listen to the cut “Adrift” for a lyrically cosmic ambiance that is not beholden to anyone but hearkens backwards and points forwards simultaneously. Lunatic Soul has that. It engages without pandering to mawkish taste or plundering the flotsam of ready-made, formulaic “product.” It’s very good, and a very encouraging sign for those who watch and listen, who wait for something worthwhile from our rock brethren. Or more of it at any rate. Off to make coffee. . .
Posted by Grego Applegate Edwards at 7:43 AM