The Levitts and Some Other Thoughts 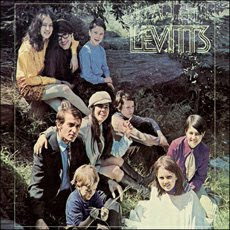 I am standing in front of the sunrise (actually sitting—at my desk—looking out my window) for the first day of the last month of the year. This is the holiday season and retailers traditionally lick their chops in anticipation of big sales volumes. Of course with today’s climate, brutal price cutting wars, desperate get-up-at-2AM sales, deaths by trampling, shots fired in the melee of who-gets-what, ads insisting that if you love her you’ll buy that diamond turd, and on and on. . . . It has put a tarnish on anything the season is supposed to stand for. It disgusts me, to tell the truth. Yet I am in retail too and so I have my sale going on. I can’t help feeling though that we as a “civilization” are bigger than all this personal greed and acquisitiveness. Jobs and livelihoods are at stake, in any event, so one takes it seriously regardless of the means by which it all takes place. So my prices are cut to the bone and I hope the result is that more people can bring real music into their lives, not some game that convinces them they make music when they do not. Real music is made the hard way—practice, calluses, clam notes and frustration—that eventually leads to something that in its own way contributes to the music of our age. And yeah, sure, I hope I get a living wage out of this and the ability to continue with music and life. [Editor's note: or not!]

When I was working on a musical number in my home studio a few years ago and ended up with what I thought was a decent mix of it, I thought I might play it for a fellow worker where I toiled at the time. He wasn’t a musician and I wanted to get the reaction of such a person. I burned a CD of it. He listened in the car on his way home. Next day I asked what he thought. “My friend tells me that nowadays to make music, all you have to do is push a button or two,” he said. “Well, that’s not how this was made,” I countered. In fact, there were 60 or so tracks painfully assembled, each containing notes produced the hard way, with two hands, feet and vocal chords. That my music was good, bad or indifferent didn’t really matter. It was the fact that he couldn’t tell the difference between machine-made and hand-made music that was disturbing to me.

Zap back into the past, 1967. There were a few electronic music studios then where yes, some buttons were pushed, but musical results took weeks, months, years, and no one mistook that music for the “organic” variety. [And as we've discussed in this blog, today there are electro-acoustic music makers and studio producer-musicians who are doing far more than pushing buttons.]

So we turn to our CD of the day, We Are the Levitts (ESP) a portrait of a musical family that did things the hard way, like just about everybody else. No buttons took the place of human music making. Family bands were big then. There were groups like The Partridge Family, The Cowsills, The Brady Bunch (who on occasion attempted to make music that is best not heard now), The Monkees (OK, they weren’t related, but they sometimes acted like it), The Airplane (who lived together like a family anyway), and way before them, The Mills Brothers, the Boswell Sisters, the King Family. . . . then there were The Levitts, a real family band, 1967. Eight family members assembled for a recording session and the results, while in parts quite impressive, may not speak to us across time to where we are today. There is some hippie pop a la the Mamas and the Papas (minus much from the Papas in this case), some novelty numbers, some bossa nova, and some modern jazz. The latter certainly cannot be faulted, and there are some ringers to help that out—Chic Corea, Ronnie Cuber, etc.

Nonetheless the end result is an overabundance of stylistic elements and a lack of a cohesive framework to put them in. It’s a fascinating document of an age long gone. It is decidedly not a classic recording.
Posted by Grego Applegate Edwards at 7:56 AM