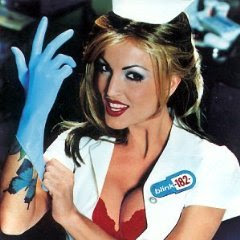 The alt classic bands, what does that mean? Is alternative even a category that makes sense anymore? I don’t know. Maybe not as much with the fickle listening audience at large out there. If you are in college, you still need something musically that is NOT something else, something that distinguishes you as a person of your place and time. The college radio station is supposed to represent that and for years that was the primary vehicle to disseminate the more underground sorts of bands. Perhaps it’s still true, I suppose.

What does it all come down to, when you are out of college and out there in that world that was waiting for you, waiting to hire you or not, use you or drop you off at the bus stop? And if you are a musician, that’s something else entirely. You are most definitely NOT very important in today’s world for most people. You make the music that plays in the background of their digital games, soundtracks of movies, backdrop for the new car commercial. Well, not of course for everybody. Some people still go after the music that exists out there, what’s beyond the super-slick image of somebody pretending to play a shiny guitar in a cool way on a video.

And so there remain the alt bands of the last 20 years. Blink 182 is one of them. Their 1999 zillion-selling CD Enema of the State (MCA) has a youthful, in your face frustration that does not wear especially well when you are older. They certainly influenced what sort of theme music goes with sitcoms about young teens to be seen on Nick and the like. It’s easy to dismiss this music as a phase for some group of kids. Something they grow out of. It is. Yet the way the album is produced—the wall of sound guitars and the production that allows the cranky vocals to shine through the mix, that’s pretty impressive. And one cannot fault the instrumental presence of the band as processed in the studio. That is something not easy to pull off. It’s a technical tour de force. The music itself? Eh. But I’m sorry about the drummer and his injuries in the plane crash. Hope he gets well soon.
Posted by Grego Applegate Edwards at 5:48 AM