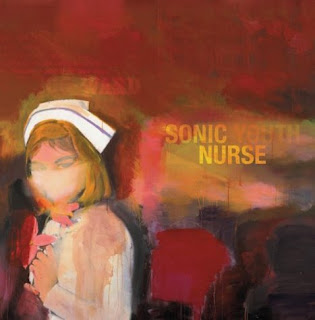 Sonic Youth have been around so long that the “Youth” part of their name may be a misnomer. Yet they continue to produce music worthy of hearing. Sonic Nurse (Geffen) from 2004 is a case in point. Like Pink Floyd in their prime but in a totally different aural universe, they come up with seemingly simple guitar chord sequences that do not sound at all cliché.

There’s a noise element, they thrive on longer cuts and the vocals are distinctive. I read a pan on this album a while ago. What was the point? Either you like them or you don’t. They keep the candle burning in an otherwise dark area of the music. Sonic Nurse wears well, like a broken-in pair of jeans. It takes a few listens to get on their wavelength, then all is well, at least for me.
Posted by Grego Applegate Edwards at 5:42 AM