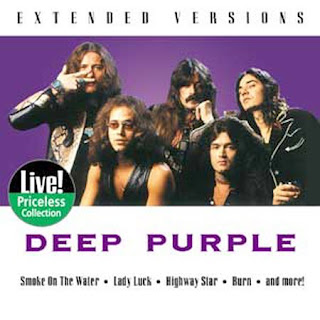 Spent the entire day yesterday on the phone (mostly on hold) fixing a software glitch. After thirty minutes of some canned guy haranguing me about all the things that have nothing to do with what answers I needed, coupled with some inane song fragment played over and over, my mood darkened. I didn’t get a chance to write my blog entry and began to consider the music I was going to talk about jinxed. I started to think that the particular CD I was going to mention didn’t need my help and that, anyway, there wasn’t much I could say about it that mattered. Never mind about yesterday’s entry then. I did get my software problem resolved, so it wasn’t a waste of time. I can’t help wondering how much time in our lives we all now spend on hold in this way, listening to an annoying lo-fi ditty over and over underneath an endlessly repeating ad pitch. Music becomes garbage in this situation, so much trash thrown at you to sooth your “savage beast” tendencies. Life becomes truly a thing "on hold." Well, if you call Gapplegate Music, you won’t get that. You’ll get a person or an answering machine. If the latter, we’ll call you back quickly and I promise we won’t make you listen to any musical pablum. So let’s press on.

The Collectible “Priceless Collection” of live “Extended Versions” has released many disks and I’ve grabbed up more than a few. Here’s one of the last on my pile. It’s Deep Purple sometime, I believe, in the ‘80s. They are in fine form. Listening reminds you how fundamental they were/are for the roots of progressive rock. On this disk you get nice renditions of many of their most familiar tunes. . . “Burn,” for example, and that tune that many guitarists start playing when they first pick up an electric, “Smoke on the Water.” My eclectic taste embraces many musics. Deep Purple's music still sounds good to me, even after many listening adventures far outside the confines of what they do. There is room in the musical universe for many styles and sounds. So there is room for “Smoke on the Water,” for sure. If not, we’ll scootch some things over slightly to the side of the arena to make sure it still has a place.
Posted by Grego Applegate Edwards at 7:37 AM