The Stooges: Much Better Than We Thought Back Then 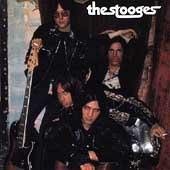 Iggy Pop and the Stooges were a financial disaster when they emerged in 1969-73. A group that raw and, let’s face it, crude, wasn’t something people were looking for then. By the time their third LP Raw Power was in the can, they were on the train to oblivion. Then punk came along and they became significant ancestors of that music overnight. And in retrospect they were one of those awful/great groups that have come along in rock history that seem better now than they did then. They were a garage band that appeared when garage bands were not in vogue.

UK’s Pilot records released in 1996 a set of Stooges rehearsal-demos (Studio Sessions) made around the time of the Raw Power record. It embodies Stooge-crude at its peak. If you can find a copy, you might want to get it if you like such things. It is not going to convert anybody to Stoogemania, but it will not disappoint those who already are predisposed. The sound is pretty elemental, like it was made in a garage. That’s fitting. But it has no pretensions.
Posted by Grego Applegate Edwards at 6:37 AM