Phish "Farmhouse" Not the Last After All 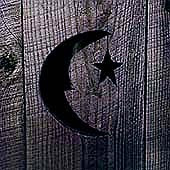 Buying a studio album by one of the premier jambands is like ordering chicken at a top flight seafood restaurant. It may be good, but it is not what they do best. So it is with the Phish album Farmhouse (Elektra), which consists of late ‘90s material. I suppose I should dig up a live album of theirs. What I’ve heard of their jamming sounds very good. I know I’m late to this. Some years I was totally preoccupied with other things.

This Farmhousealbum is OK. A number of their tunes don’t especially overwhelm here, but I suppose this isn’t considered their best record. There is a jam at the end anyway. Kudos for them for keeping the jamband thing going after the breakup of the Dead. The phenomenon is flourishing these days, and I’ll devote more attention to the active bands out there in the coming months.
Posted by Grego Applegate Edwards at 6:27 AM